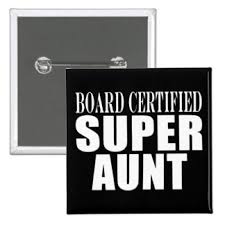 Ever wondered, why people are the way they are?

Why do they behave in the manner they do?

Being selfish is important in this world, I think that is very much common to here now, but how far can one go, and even when at someone else’s cost.

Telling someone off, but isn’t it necessary to peep inside your own soul first rather than criticising someone else.

All these questions bother my mind now because of a friend. She called me up to relieve herself from all that she had gone through in the last hour when she was with her friends and families.

The answer is always an aunt in our case, an Indian aunt who is always bothered and interested in someone else’s business.

So here my friend was coolly being the host at her place, celebrating her parents’ marriage anniversary, when this modern, beautiful, charismatic, wealthy aunt comes and flaunts literally everything, from her shoes to the gifts that she brought.

Okay, I know we all must have had such aunts! I do too.

Then came the general small talks, what came next was what my friend was not prepared for.

“So when do you think your daughter should marry? I have a guy in my mind.” There is always a guy in these aunts’ mind.

“I am still studying. I am doing my post-graduation now. I want to work after this.”

“Oh no, I think post-graduation is enough. After that you have to marry.”

All this while her parents just glorying beside her.

The aunt was still not satisfied, “Even this is too much. I think parents should start finding prospective husbands for their daughters when they are about to complete their graduation. That is the exact time, I guess.”

“Yeah you guess!!! Then I hope the next year you are planning to find a perfect husband for your daughter too. Isn’t she completing her graduation then?” screaming in rage my friend forgot that she was the host.

And of course she got a big eye gaze from her parents, and the disgusted look from that aunt, but nothing else mattered. Her mood was spoilt, and so was that aunt’s. Well, post the celebration, she also got a good one from her dad, but what was she to do? Listen to other’s beliefs and commands?

Is it not on her and her parents as to how much to study, where to work, when to marry? As it is it is difficult to convince parents for education and working before marriage; don’t even let me start on post marriage scenarios. And here, these aunts!!

And you know what that aunt replied to her parents? “No, my daughter is going to study after her graduation; I am in no hurry to marry her off. It’s her life; she’ll see what to do. She is different.”

As if my friend’s life is not hers.

What gave her the right to do so?

All I can say is my friend could have kept the temper and replaced it with sarcasm; apart from that I am with her. And I don’t care about speaking up to elders or disrespecting a guest if such was the case.

And for the record, her parents are considering their decision to ‘allow’ her to pursue her higher studies.

So cheers to these ‘modern aunts’.

Cogito Ergo Sum. ["I think Therefore I am"]

A woman questioning almost everything, trying to find answers through her's and your words. I am on an unending quest, walking the paths of unknown. I am walking and walking, may be too slow, but I am doing it. I am happy as long as I am not stopping. I will be content to fall, to fly, to swim, to drown, only never to stop.

Write to me at:

If you want to get in touch with me you can write to me at aestheticmiradh@gmail.com or connect to me on twitter, my username is moushmi_

Unauthorized use and/or duplication of this material without express and written permission from this site’s author and/or owner is strictly prohibited. Excerpts and links may be used, provided that full and clear credit is given to Moushmi Radhanpara and  aestheticmiradh.com with appropriate and specific direction to the original content.

My All Time Love