India is celebrating labour day today and as usual my phone buzzes with messages and wishes of ‘Labour day’, as it happens on any specific day or festival. Most of the companies have started this new trend these days, to send texts and images to everyone celebrating and wishing almost every calendar day.  And even today, I did the same with those texts, opened them and simply ignored them. I don’t know why but I am just not very much attracted to these general, yet very formal messages having no personal touch, and I avoid those texts and images which clutter and fill my phone’s space. Most of the times I don’t even download these images, knowing I am going to delete it just the very minute. Call me rude, but what can I say, I do this and I admit it. If it helps, I do write the person a very formal ‘same to you’ in return.

So, today when I was cleaning my phone gallery when a certain picture caught me. I hadn’t even seen who sent me the said picture, but it got into my nerves and had to find out who sent it. Some of you might get the humour, but I didn’t.

The picture that ‘he’ (The fact that it is a he is significant here) sent me with the caption “Happy Labour’s Day” is below:

I don’t know, I was just not in the mood or what, but I didn’t like the relation. The concept that a man is a labour for a woman just doesn’t get in my head. Never!!!!

I didn’t say anything, didn’t react but I played the game and sent him two different pictures with the same caption. 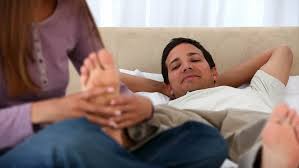 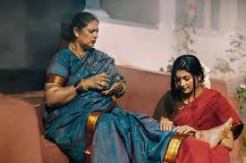 This sure enraged him. “A woman is never a labour…… she is always respected by good men….. why do women have to always turn this on us…… why can’t they take humour…….”

I laughed my heart out after this, it was hilarious him blurting out. When he did it was fine, but when I did it, it was ‘women always turn it on gentlemen”.

Not sure who couldn’t take the humour. Me or him?

A bilingual writer, Moushmi Radhanpara has authored two poetry collections so far, namely POSIES and 03:21 AM –An Ode to Rust & Restlessness, and is working on her third book currently. She is also scribbling an unplanned rough draft of a story as a part of NANOWRIMO 2020 and hopes that something might come out of it. She has also co-authored two books, The Lockdown Stories and Mirage so far. Her poetries can be found on her blog https://aestheticmiradh.com/ and a few other online portals. She believes in the fact that a better reader makes a better writer. Reading a 100 books a year is her latest obsession. She can be found either drunk on coffee or hiding away from everything and admiring the gorgeous sun. View more posts